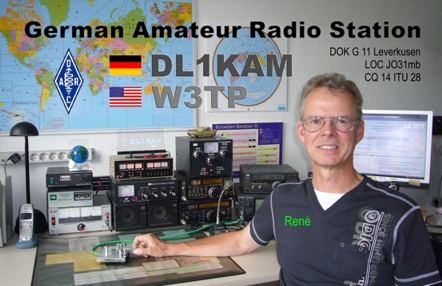 I am a German amateur radio station and I'm living in Leverkusen near Cologne.
I was first licensed as DG2KC in 1979 at the age of twenty. In the same year I earned my class A license with 12 WPM code. I became DL1KAM which I held until now.
I am usually on the air on VHF/UHF FM from the mobile as well as the home qth to stay in touch with the locals, some of them are best friends. Also work on HF SSB and sometime again on CW.
Main interest:
low bands, design and construction of HF-wire antennas, propagation, instructor for license exam courses, law and regulations of amateur radio.
My memberships:
1. Deutscher Amateur-Radio-Club e.V. (DARC)
2. G11 Leverkusen, the local club of the DARC. In the G11 Leverkusen I'm head of division for educational training and youth.
3. IGEL e.V., an association for promotion of youth, of international understanding and of the G11 Leverkusen
Publications:
1. US-License: Made in Germany in CQ-DL 10/2008
2. HF-Bandplan IARU Region 1 in DARC Verlag (publisher)
3. Kurzwellen-Bandplan DL in DARC Verlag (publisher)

In 2007, I earned my Technician class license and I became KI4VNS. In the same year I upgraded to AJ4BY (General class) and to W3TP (Extra class). All examinations I passed in Germany.
My knowledge and experience of license exams you will find at www.us-license.de. There you can read too my guide US-License: Made in Germany for an exam in Germany. 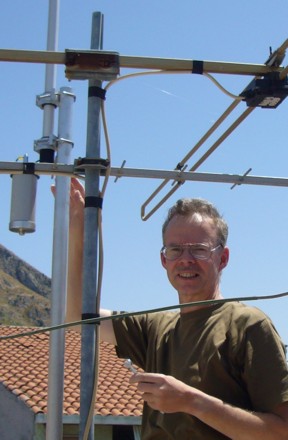